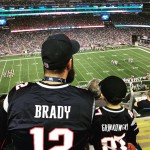 Johnny Sawbucks here and I am back after a MONSTER week, ready to bring you even more fire picks. Last week we went 13-3, 6-3 in NCAA, and 7-0 in the NFL picks. Free picks of the week have remained on fire going 5-1 since merging NCAA and NFL picks into one weekly article. Let’s get right to it this week.

Free Pick of the Week is the Indianapolis Colts -3 against the Detroit Lions. One of the keys to being successful in sports betting is to find something that works for you and sticking with it. Last week I went back to a method that had been successful for me in years past. I made a spreadsheet of all the yards per game rankings of every NFL team. Broke it down by passing, rushing, and total yards per game gained and allowed. I then took this data and looked for anything that did not make sense to me. I won’t use it for every game but just to find a game or two that Vegas hasn’t picked right based on matchup last week it was Carolina being a 7.5 point dog despite having an advantage in the passing game, a slight disadvantage in the running game and pretty much dead even overall. No matter the team favored that game was destined to be a close game and the rankings showed that. No one was going to win that game by two scores. This week there is one more glaring game to me and that is the Colts being only favored by 3.  The Lions have a sub-par passing offense, rushing offense, and obviously overall offense. Stack that against the 2nd best passing defense, the 3rd best rushing offense, and the 2nd best overall offense and you see the Colts have a HUGE advantage when Detroit has possession. Now looking at the flip side, the Colts have an advantage in the passing game offensively and their 28th best rushing offense is going against the 26th ranked rushing defense. Given the fact that the Lions AT BEST have 1 even matchup and 3 dominantly leaning Colts matchups, I’d say it’s safe to say this Colts team is winning by a lot more than 3 points. Colts 31 Lions 13.

This week’s DFS value player of the week is Tight End Jonnu Smith from the Tennessee Titans. The Titans are playing the leagues worst TE defense in the Cincinnati Bengals. Jonnu has had 2 bad weeks in a row against the Texans and Steelers. This is the matchup that is going to get him back on the minds of fantasy owners. Take advantage of the small salary and the matchup. Smith is just $4,100 on Draft Kings

Thanks for reading this weeks article I hope you are checking it out every week and making that same money I am. As always follow me on Twitter and Instagram @JohnnySawbucks. We are going to make big things happen. Let’s hope for another clean sweep of one of this weekends slates. Included in this week’s package is 10 NCAA plays, 7 additional NFL plays, our One a Day Parlay, and a DFS Core Four. All for one low price. Happy Halloween my friends!

Sports Betting: Do You Have a Plan?